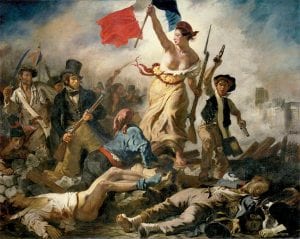 “Mayday! Mayday!” America and its democracy are in need of help.

“Mayday!” as a distress signal was first used in 1923, when air traffic between England and France increased over the English Channel. Communications were moving from dots and dashes on telegraph to voices on telephone and radio.

Owing to the difficulty of distinguishing the letter “S” by telephone, the international distress signal “S.O.S.” will give place to the words “May-day”, the phonetic equivalent of “M’aidez”, the French for “Help me.”
—”New Air Distress Signal,” The Times [London], 2 Feb. 1923
[—Merriam-Webster.com, reference below]

Coincidentally, Medicine For The Blues trilogy begins in May of 1923 when the rhododendrons were blooming.

A big part of my impetus for writing my trilogy was to highlight the history of pervasive white supremacist racism in the 1920s and the rapid growth of the Ku Klux Klan in Oregon and across the nation. Around the time I began writing my trilogy, I learned about the 1988 murder of a 28-year-old Ethiopian foreign student who was bludgeoned on the streets of Portland by a white supremacist skinhead gang. A later civil trial found Tom Metzger and his son John of the White Aryan Resistance (WAR) responsible for inspiring the skinhead gang to violence. I could see a through line from the KKK of the 1920s to the 1980s skinheads.

Even in 2020 The Oregonian newspaper was still reporting on the Metzger case. It very much reflects right wing sentiments we hear in the media today.

“…white supremacists like the Metzgers preached that some kind of race war would be necessary for white people to secure their God-given rights.”

In 1979 Tom Metzger “was living in California, patrolling the border in his spare time to keep out migrants.”

[In 1990 after the trial] “the elder Metzger, for his part, shrugged off the whole thing.
“‘The movement will not be stopped in the puny town of Portland,’ he told reporters. ‘We’re too deep. We’re embedded now. Don’t you understand? We’re in your colleges. We’re in your armies. We’re in your police forces. We’re in your technical areas. Where do you think a lot of the skinheads disappeared to? They grew their hair out, went to college. They’ve got the program. We planted the seeds.’”
[—OregonLive.com, reference below]

Metzger was correct, as history has proven. 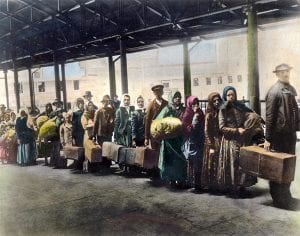 Stephen Miller and the Trump administration pushed the issue of immigration to the forefront. But even now with a new Democratic administration, Republicans are still forcing the issue.

“…Matt Stieb published a policy document from Representative Marjorie Taylor Greene outlining a new project.…Behold the America First caucus, which calls for a ‘common respect for uniquely Anglo-Saxon political traditions’ and a return to a federal infrastructure style that ‘befits the progeny of European Architecture.’”
….
“Of particular concern was language celebrating Western civilization and ‘cultural assimilation,’ including a warning that ‘mass immigration’ threatens the ‘the long-term existential future of America as a unique country with a unique culture and a unique identity.’ Such nativist language is more commonly deployed in white-nationalist circles and last week on Tucker Carlson Tonight.”
[—Matt Stieb, reference below]

Writing on the Maddowblog, Steve Benen goes further:
“…Carlson trafficked in an ugly white nationalist conspiracy theory with a bloody history. ‘I know that the left and all the little gatekeepers on Twitter become literally hysterical if you use the term ‘replacement,’ if you suggest that the Democratic Party is trying to replace the current electorate, the voters now casting ballots, with new people, more obedient voters from the Third World,’ Carlson sneered. ‘But they become hysterical because that’s what’s happening actually. Let’s just say it: That’s true.’”….“Carlson’s comments echo the manifestos left behind by the white supremacist perpetrators of mass shootings in Christchurch, New Zealand, and El Paso, Texas, as well as the chants of marching white nationalists in Charlottesville, Virginia. All were motivated by the ‘great replacement’ conspiracy theory, which posits that a globalist cabal is systematically ‘replacing’ white people with people of color through mass immigration.”
….
“It was against this backdrop that Sen. Ron Johnson (R-Wis.) appeared on Fox Business…and appeared to dip his toes into the same waters as Carlson.…
“‘…this administration wants complete open borders. And you have to ask yourself why? Is it really they want to remake the demographics of America to ensure their—that they stay in power forever? Is that what’s happening here?’”
[—Steve Benen quoting Johnson, reference below]

This is similar to the anti-immigrant sentiments, supported by the KKK in the 1920s which led to the passage of “[t]he Immigration Act of 1924, or Johnson–Reed Act, including the Asian Exclusion Act and National Origins Act, (…enacted May 26, 1924)…a United States federal law that prevented immigration from Asia, set quotas on the number of immigrants from the Eastern Hemisphere, and provided funding and an enforcement mechanism to carry out the longstanding ban on other immigrants.
“The 1924 act supplanted earlier acts to effectively ban all immigration from Asia and set a total immigration quota of 165,000 for countries outside the Western Hemisphere, an 80% reduction from the average before World War I. Quotas for specific countries were based on 2% of the US population from that country recorded in the 1890 census. As a result, populations poorly represented in 1890 were prevented from immigrating in proportionate numbers—especially affecting Italians, Greeks and Eastern European Jews, as well as Poles and other Slavs. According to the US Department of State’s Office of the Historian, the purpose of the act was ‘to preserve the ideal of U.S. homogeneity.’ Congressional opposition was minimal.”
[—Wikipedia, reference below]

Extremism across the board 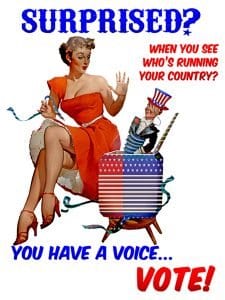 In an article in The Progressive, Melissa Ryan writes about “The Enemy Within.”

“Across the nation, state Republican parties have become pro-Trump safe spaces that welcome militia members, conspiracy theorists including QAnon believers, and those with white supremacist and other extremist views.”…“This takeover has led to the election of even more Republicans with these radical political ideologies at the federal, state, and local levels.
….
“…the Democratic Legislative Campaign Committee keeps a running list of state legislators who participated in Trump’s efforts to overturn the election. It has found that:
“More than 400 state legislators have signed on to letters or resolutions calling to overturn the results of the election;
“Fifty-five state legislators have spread conspiracies and disinformation, claiming to their supporters that Joe Biden stole the election;
“Nineteen state legislators were at Trump’s rally in Washington, D.C., on January 6 and at least one has resigned his office for storming the Capitol.”
….
“At the time,” Melissa Ryan writes of her 2019 caution about a takeover of the GOP, “my warnings seemed dire, but now, in a post-insurgency United States, they feel inadequate. Looking at the current landscape, I now wonder how U.S. democracy can continue to function when so many people holding elected office seek to destroy it from within and have the infrastructure in place to do substantial damage, especially at the state level.”
….
“A 2019 study by Reveal from the Center for Investigative Reporting ‘identified almost 150 current and retired cops who were members of Facebook groups run by and for Oath Keepers, Three Percenters, and other militias. These law enforcement officers are a subset of a larger contingent of cops we identified as members of Confederate, anti-Islam, misogynistic, or other extremist groups on Facebook.’”
[—Melissa Ryan, reference below]

This is again reminiscent of the 1920s KKK movement when a large number of police and other public officials were Klan members. 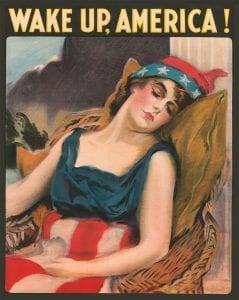 “Can U.S. democracy survive this current moment? It’s a question many of us have been asking since Donald Trump was first elected in 2016, and one that seems even more prescient as our country moves forward after a violent attempted coup where, so far, few of the elected officials who fanned the flames and incited the riot have been held accountable for their actions.”
….
“The path to saving U.S. democracy might be rough and full of obstacles, but it does exist. Most Americans, regardless of their political views, don’t want to live in a nation with attempted coups, white supremacist violence, and the fear of a second civil war.”
[—Melissa Ryan, reference below]

I couldn’t agree more about Ryan’s enumeration of what a majority of Americans don’t want. But like the 1920s we currently have white supremacists in power at all levels of government. Yet today we also have elected officials who are acting to suppress the vote, criminalize protests, encourage the carrying of firearms, and make it easier for elected officials to overturn legitimate elections. Meanwhile police are lynching unarmed black people.

On second thought, this is not so much different from the Jim Crow era that prevailed for 100 years.

Title: “Where Does the Word ‘Mayday’ Come From?”
Merriam-Webster.com