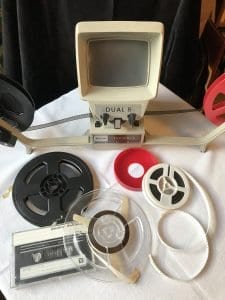 Those of you who have known me for several decades remember that I was obsessed with movies and filmmaking for the first half of my life. During that time I completed a few short films, most significantly a collection of four linked shorts titled Western Movements—black and white poetic documentaries, or docu-poems, two urban and two rural. 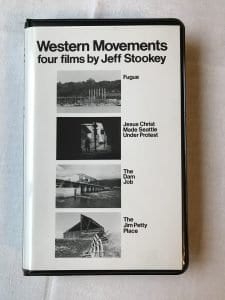 As I am now well on my way into my eighth decade on this planet (currently 72 years old), I contemplate what I have to leave behind. My filmmaking career began with a Super 8mm camera in the late 1960s, later analog audio tape recordings for soundtracks, followed by a transfer of raw footage to video for rough editing, then the blow up from 8mm to 16mm in the 1980s, and final editing of image and sound. That was a fifteen year process. Later came transfers from film to digital video cassettes, and then DVDs. Today, we have digital videos universally available on internet platforms, so I have recently arranged to have Western Movements uploaded to the World Wide Web on Vimeo (thanks to the help of Bev Standish of Digital Elf Studios).

Now, at your leisure, you can view Western Movements (just under 45 minutes) by going to:

Alice Walker’s book The Color Purple was published in 1982 and I read it sometime soon after. I loved the book. 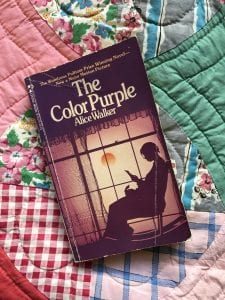 In 1985 Steven Spielberg’s movie version came out, and being the cinema enthusiast that I was, I couldn’t wait to see it. My disappointment was profound. The book began with letters to God by a young girl who was sexually abused and later portrayed a sexual relationship between two women. But unlike the book, the movie had been so sanitized, Disney-fied, and popularized that I was appalled. And the lovely part about the quilt, one of my favorite details, was completely left out.

That was the beginning of my turn from cinema to books and writing. While movies could be intense and immediate and realistic, books gave so much more: more depth, more thoughts, more philosophy, more background.

When I turned fifty in 1998, I decided I’d survived long enough and experienced enough of the world that I would seriously try my hand at writing. And soon I had begun the twenty-year journey that led me to self-publish my novel trilogy Medicine for the Blues in 2017 and 2018.

I’m not sure I’ll have time for another 15- or 20-year project. So this is what I leave behind: four short black and white films linked together, and a trilogy of novels that are really all one story. Now these artifacts have their chance to live and breath in the big rambunctious world outside, rather than being swept out with the trash at my death—to be deposited on the silent ash heap of notes and manuscripts and dreams that died in some drawer or box somewhere.

Not that I plan to check out any time soon. I may have another decade or two, if I’m lucky, although I don’t envy youngsters who will later be facing even more consequences of systemic global climate disruption.

I can say, at least, that I have tried to contribute to this great conversation that we call human history. If you dream such dreams, I encourage you to do the work to bring your dreams to fruition and share them with the world.